Christians call themselves sheep, which is convenient since, as atheists, we usually call them sheep too. Sometimes Christians call nonbelievers goats. Goats don't need shepherds, which is an improvement in my mind, but I'm starting to embrace identifying with The Atheist Pig. 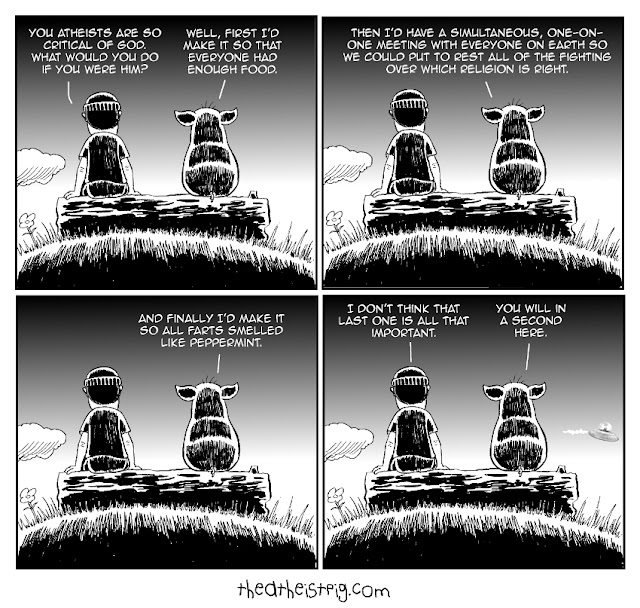 The Atheist Pig is a webcomic featuring, you guessed it, an atheist pig who thinks deeply about the pointlessness of religion. He often converses with the above theist on the above log. Much like in Dog-matic & The Beagle, I feel like I should have a problem with an atheist setting up an imaginary theist to continuously win debates against, but I don't. These aren't cartoon debates, these are cartoon observations. If the kid on the log is a straw-man, he is at least a representative straw-man. I've had conversations identical to that of The Atheist Pig, and for this reason, it's worth checking out.
Posted by Grundy at 7:00 AM 5 comments:

Further proof of my theory that all web comic creators are atheists (at least the funny ones) is Dog-matic & The Beagle. A comic, which I have no doubt, began with a simple pun on dogma that inspired David Cole & Geoffrey Smith to enter the world of RGB sequential art.

The Beagle is an ideal atheist. He's smart, even tempered, rational and kind. Dog-matic is a naive, child-like robot who blindly recites the tenets of his pastor. While it is unfair to pit such a well-versed and real character against a stereotype of fundamentalist stupidity, the points the comic makes are still valid. At least the two characters get along, which is nice to see.

Perhaps most important to the medium, Dog-matic & The Beagle is drawn well. It has that old-school Disney look that I miss in today's animation. There is a lot to like here, but I worry that this is only intended to preach to the atheist choir. If Cole and Smith expect this comic to convert believers, they may want to shift to a more realistic depiction of them. Their arguments may be weak, but they aren't as weak-minded as Dog-matic. 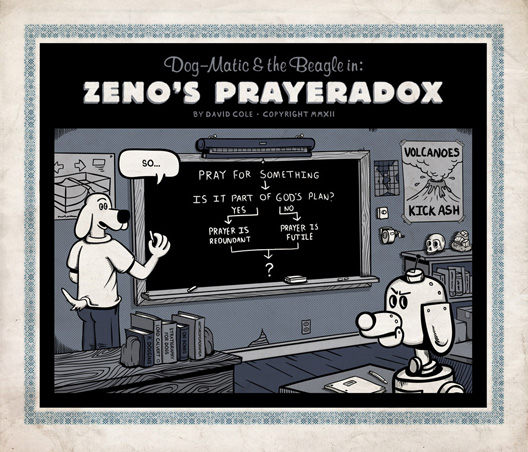 The multiverse isn't just a possible explanation for the fine-tuning argument. It's also the setting for one of my favorite web comics--Scenes From A Multiverse. Why is it a fav? Firstly, it's funny. Secondly, it often delves into the realms of science and religion. Here are some humorous takes from Jonathan Roseberg. 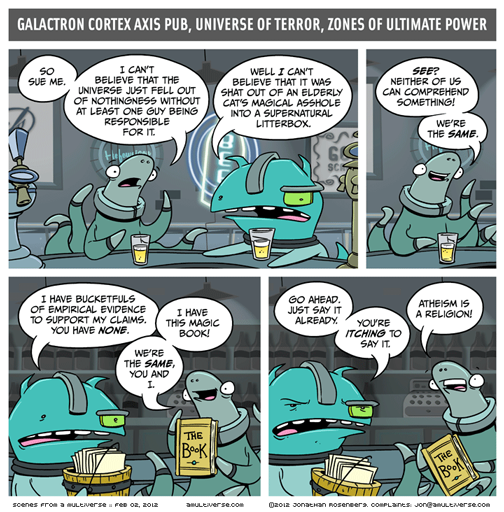 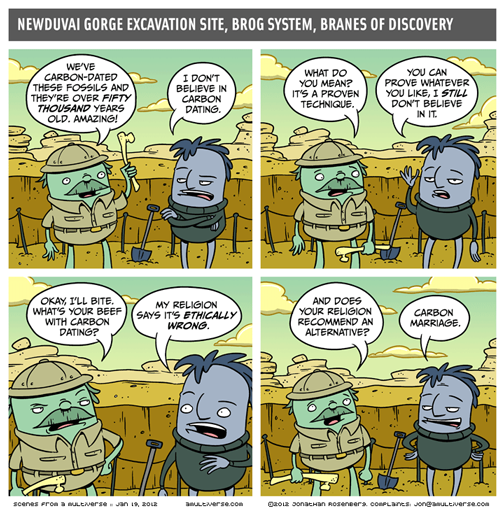 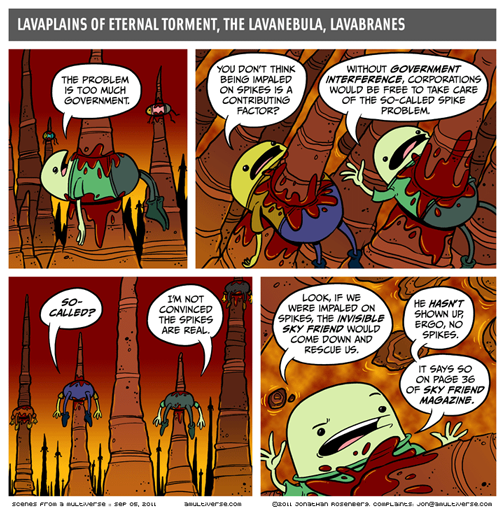