Going Down the Foxhole 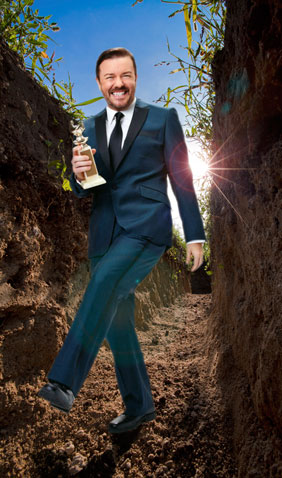 There are about a dozen words and phrases that can weaponize the more “militant” atheist. Using the descriptor “militant” is one of them, another is the similarly war-themed phrase “there are no atheists in foxholes.” Many a blogger has pointed out that this is historically inaccurate. It may even be currently inaccurate, but if there are no atheists in foxholes at the time you are reading this, it probably has more to do with less of an application for foxholes then their tendency to convert the godless.

The people who say “there are no atheists in foxholes” are assuming that religious thought in the face of death is inevitable. I don’t need to cite foxhole atheists to disprove that. If you want to know about atheists who stayed atheists to the grave, just Google them. They are many. Think Christopher Hitchens’ new book, Mortality, is about taking up Catholicism? Not so much.

There is always a problem with using words like “all” and “none” when referring to a group of people as numerous as atheists, which is what this sentence essentially does. (Ironically, there is also a problem using words like “always.”) Humans are a diverse bunch and very little applies to the entirety of any sect. It would be more accurate to say that “there are fewer atheists in foxholes.” This may be an accurate statement, I don’t know. I’d point out that if it is accurate, there could be other reasons than religious conversion as to why there are fewer atheists in foxholes. The godless might just trend pacifist or not like guns. After all, it’s the God-fearing Republicans who are typically for capital punishment, the NRA, and military spending. I just don’t know. I’d have to see some stats. Do they do surveys in foxholes? Didn’t think so.

If I were to tweak the statement even more, could there be any truth to it? Are there are fewer atheists facing eminent demise? It depends. It’s my experience that adults who embrace a label as politically loaded as “atheist” have thought about the decision for a long time. They have thought about death and have come to the conclusion that nothing awaits us once the body and brain are kaput. Ruling out hell is actually quite comforting and makes death nothing to fear. If by atheist the question refers to more than those who self-identify and includes the nonbeliever-by-default, then, yes, those people may make a last minute appeal to their vague idea of a deity. I imagine that happens on deathbeds and foxholes around the world, but, again, I don't know.

Okay, let’s recap. People who use the phrase “there are no atheists in foxholes” are either stupid or lying. They are stupid for accepting and perpetrating a wild exaggeration that is based on someone’s anecdotal evidence that may or may not hold a kernel of truth; or they are lying to brand atheism as a cheap convenience to stifle the truth that atheism as a worldview is more valid then one based on mythology. I could just as easily say that "there are no theists outside of foxholes"--which holds as much metaphorical truth as the reverse and paints believers in a far worse hypocritical light. However, I won't say that, because I'm not stupid or a liar.
Posted by Grundy at 7:05 AM