What Would I Do If I Were God?

It’s easy to say that I’d abolish pain and suffering. It’s easy to say I’d end death by making everyone immortal. Too easy to make everyday sunny and meet every desire, answer every prayer, but are any of these the best move?

Living life as I perceive it makes me think that taking away failures would lessen the satisfaction of successes. Making a universe in which all is given abolishes the journey because the destination is here. Nothing is learned because all is known and there is nothing to gain because all is possessed. Would such an existence be a blessing or a curse? I honestly don’t know.

You and I can only ponder such things from the perspective of how things are and I’m concerned that such an outlook limits my answer. History has shown us that if an individual knows of nothing else, what they know is acceptable. Enslaved groups do not revolt when indoctrinated into the belief that enslavement is all there can be for them. A battered wife stays in the relationship when they believe all relationships play out the same.

I’ll try my best to think outside the confines of my programming regardless. The best way to do this might be to forego the stimuli that activates the reward centers of my brain and go straight for the chemistry. Serotonin and dopamine are responsible for the positive feelings we have eating our favorite foods or falling in love for example. As God, I could just make brains that have a constant flow of such chemicals. Thinking, per se, would not be needed. Everyone would just feel the best they could feel. Already, I think I’ve one-upped the Garden of Eden. It’s a material fix, with brains and chemicals, but it doesn’t have to be. I could just as easily make disembodied feeling entities feel the best they could feel. If max-positive feeling is my goal, I would make the maximum quantity of these feeling entities.

Is universal, best-possible feeling the goal? I don’t know, maybe. One could argue whatever I deem as the goal, as God, is objectively the goal. The Christian might say their idea of heaven is better, but I don’t see how. If there is something better, I would just make that the universal state of the maximum amount of entities. This trumps the Christian God’s reward for the faithful twofold. One, I cut out the need for hardships before the reward and fast track everyone to the goods. Two, Jesus and/or his dad seemingly limits his creations’ numbers to those who existed on earth from Genesis to Revelations and I would simply bring the maximally best feelings to an infinitely larger number. 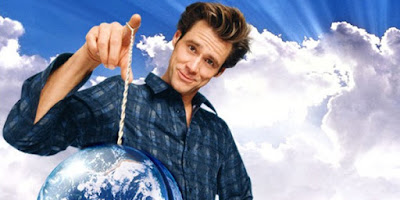 So, if joy/happiness/love or any combination of positivity is the goal, it’s safe to say my divinity is preferable to the gods of the past. Let’s take a turn and say that instead accomplishment or the fulfillment of free will is the goal. Jesus’ and/or his dad gave us limited free will if he/they made things as they are. I am free to move forward, backward, left, right, at any angular degree really. I can go up a little by jumping, down a little by ducking. I can’t fly by will alone, but I can with will and modern technology. Still, for generations before me, they could not fly regardless of their will. The tech, hell, the materials, were not available. Today, my movement is still restricted. I can only move in or perceive of three spacial dimensions even though there could easily exist more. I am bound by the arrow of time forcing me to move into the future. As God, I would grant unlimited free will. Anything my creations will, they are able to do. Anything they wish to accomplish, they can. This circles back to my concern that the ability to accomplish anything with ease diminishes the value in the accomplishment, but if my creation wills itself to value the accomplishment more, they simply will.

After the maximal thought, emotion, and will has been granted, what else is there? If somehow I, as God, am still more perfect than my creations, then I will make them all God retroactively. That might be the final answer. If I was God, we would all be God. Take that, Yahweh.
Posted by Grundy at 5:33 AM