A month and change ago I decided to do a series of interviews with some of my favorite atheist bloggers. Originally, the idea was to trick other writers to provide free content for my blog while I rest on my laurels and watch the ad money flow in. Here are the folks who fell for it. 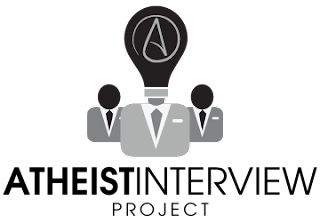 I've learned a few things since I started the series. First and foremost, there is no ad money in atheism. Second, everyone is far more talented and compelling then myself. I'm so impressed, in fact, I've decided to keep this series project going...with a few changes.

Thanks for the positive feedback that my questions were well written and took into account each interviewee's background. I did some research, but for the most part I knew my subjects because I was already a fan of their respective sites. However, you may have noticed that three questions stayed mostly consistent for every interview. They were as follows.
I kept asking these questions because I was looking for a consensus among atheists. While the sample size is far to small to be representative of atheism at large, I feel I've learned enough to stop asking the questions in their current form.

I learned that atheists don't generally like the term "role model." We are individualists and skeptical of looking to any one person to be our guide. I already knew this about myself, but it's nice to see it's a common trait. We didn't come to our views via a central figure. We don't follow the teachings of a Jesus or Buddha. We don't blindly quote a Thomas Aquinas or a William Lane Craig. Dawkins may help us learn about evolution and Hitchens may be our wordsmith of choice, but atheism has no guru. For this reason I will move forward with the similar question that my interviewee's were already answering "Who is your favorite atheist activist?"

I learned that atheists have a high expectation for divine evidence, but still maintain that the extraordinary claim of the supernatural, if not God specifically, could be proven with extraordinary evidence. Paradoxically, with that evidence, the seemingly supernatural would probably become natural. It seems to be a catch-22. I will probably replace the question "Is there anything that would convince you that there is a god?" altogether.

I learned the secular perspective is that community is the primary benefit of religion. This makes total sense and I tend to agree. I am appreciative of the community of smart, interesting people I've met since starting this blog. I can definitely see the draw of like-minded conversation, even though experiencing different points of view is likely more beneficial. I will change or replace this question with another question challenging the atheistic tendency to disregard to upside of belief, if just to see how we may incorporate the good without the nonsense.